CN is a true backbone of the economy whose team of more than 25,000 railroaders transports more than $250 billion worth of goods annually for a wide range of business sectors, ranging from resource products to manufactured products to consumer goods, across a rail network of approximately 20,000 route-miles spanning Canada and mid-America.

The Brandon Chamber of Commerce welcomes Sean Finn, CN Executive Vice President of Corporate Services and Chief Legal Officer to discuss how CN moves Canada’s goods to market. From lumber to potash, intermodal and grain, CN moves the products Canadians use every day. Mr. Finn will also talk about CN’s first annual public Canadian Grain Plan and how the company is focused on regaining the confidence of Canadian businesses and enhancing Canada’s reputation as a reliable export partner.

He joined CN in January 1994 where he directed the Company’s corporate tax function and was involved extensively in CN’s privatization in November 1995. In 1996, he was appointed CN’s Vice-President, Treasurer and Principal Tax Counsel responsible for the Company’s Treasury and Finance activities as well as tax matters.

In 2000, as Senior Vice-President Public Affairs, Chief Legal Officer and Corporate Secretary, he led the acquisition teams responsible for Legal, Regulatory and Government and Public Affairs matters with respect to the acquisition and integration of Illinois Central Railway (1998), Wisconsin Central Railway (2001), British Columbia Railway Company and the US acquisitions of Great Lakes Transportation (2005) and Elgin, Joliet and Eastern Railway Company (2009).

As Executive Vice-President Corporate Services, he is responsible for all of CN’s strategic legal matters and leads a team of over 300 professionals in Canada and the US with expertise in strategic communications, legal, public and governmental affairs, risk mitigation, security and law enforcement. As Chief Legal Officer and Corporate Secretary since 2000, he has been a close advisor to the President and CEO, the Chairman of the Board and the CN Board. He has also been actively involved and responsible for CN’s Corporate Governance Practices and the implementation of the CN Business Code of Conduct. According to recent studies, CN’s corporate governance ranking improved to the 3rd position out of more than 190 companies in 2007, from 5th position out of more than 200 companies in 2004, and 3rd in 2017 and 1st amongst Canadian industrial companies (Globe and Mail survey). CN remains a leader in Corporate Governance practices amongst large Canadian Industrial Public Companies in North America. CN has systematically led in its corporate governance practices for more than 17 years for large industrial companies.

Prior to joining CN, Sean was the managing tax partner with the Montreal law firm Lavery, de Billy. Sean was involved in domestic and international tax planning, cross-border financing, and corporate financing and reorganizations. He was seconded by Lavery, de Billy, to the Government of Canada to the Rulings Directorate at Revenue Canada, Taxation, in Ottawa, from January 1989 to September 1990, where he carried out the duties of a Senior Rulings Officer. 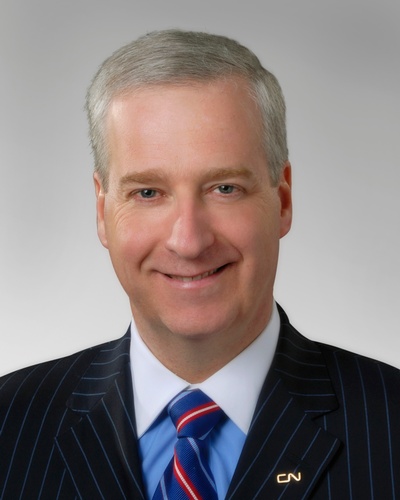 Non-member:
$50 / person
ticket prices do not include GST

Registration & Cancellation deadline: September 3rd
Dietary considerations to be made with the Chamber 72 hours in advance

Sponsorship prices do not include GST